The Uttlesford Dementia Action Alliance commissioned the Council for Voluntary Service Uttlesford to pilot a test and learn approach to the development of a Dementia Friendly Community in Great Dunmow. The pilot focussed primarily on businesses in Dunmow High Street and the town centre area.

The aims of the pilot scheme were to raise awareness of dementia amongst local businesses and to identify how they could improve the service they provide to people living with dementia and their carers. A key element of the pilot was to invite businesses to formally join the scheme. In doing so they would agree to have at least one member of staff trained as a ‘Dementia Friend,’ and commit to develop a short action plan to make their business more dementia friendly. The pilot commenced in May 2019 and ran for 3 months.

The aims of the 3 month pilot were to raise awareness and understanding of dementia, focusing primarily on businesses in Dunmow High Street and the town centre area, and encourage them to join the scheme.

A total of 39 businesses and other organisations were contacted during the pilot. To date, 10 businesses and the local library have joined the scheme. One Dementia Friends Information Session has been held and the second planned for late September.

In addition, strong links have been built with the local town council and the Great Dunmow Town Team, and processes put in place that will further embed the pilot scheme.

It is hoped that the learning from the pilot will inform the ongoing development of this initiative, both in Dunmow and elsewhere, and help to create a truly Dementia Friendly Community in Great Dunmow.

For further information and to collaborate with CVSU on dementia friendly activities, please contact our CEO Clive Emmet – ceo@cvsu.org.uk

Are you Mental Health Aware?

Free winter warmer packs to keep you warm and well 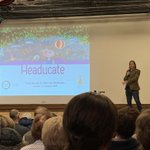 “The only person I spoke to was the lady who came over to verify my bottles of beer at the supermarket self-checkout.”

The agony of weekend loneliness: âI won't speak to another human until Monday‘

For growing numbers of people the weekend is an emotional wilderness where interaction is minimal and social life non-existent. What can be done to br...

Live in #Essex and would like some help with your mental health and wellbeing? To find out what services are available to you locally, as well as useful tips to aid improved wellbeing visit ➡️ http://ow.ly/eCVN50xTUFa
#MentalHealth @livewellLocal 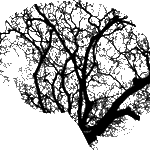 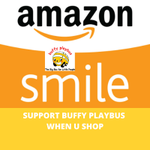 “Another busy day of judging here at etc.venues. Great to see the excitement before and exhilaration after the presentations from our finalists!...

Maldon and District CVS's Evaluation and Monitoring service can offer research support to organisations to assist them in carrying out their monitoring and evaluation requirements. For more information, be sure to visit https://www.maldoncvs.org.uk/evaluationservice/ 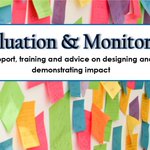 Join one of our free workshops